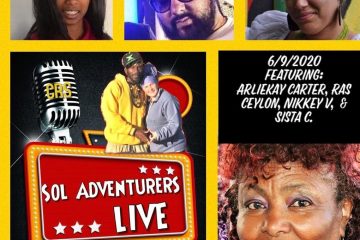 Join us tomorrow on Sol Adventurers Live: “Inspiration for the Soul, Solutions for the Future”, our weekly internet radio show co-hosted by Sistah Rosey Ware & Messenjah Selah on Caribbean Radio Show. The topic for Read more…