Join us tomorrow on Sol Adventurers Live: “Inspiration for the Soul, Solutions for the Future”, our weekly internet radio show co-hosted by Sistah Rosey Ware & Messenjah Selah on Caribbean Radio Show. The topic for episode 3 will be Racial equality & Solutions moving forward.

Sol Adventurers Live is an inter-generational program providing an informal environment where youth facilitate conversations with elders and wisdom keepers that transform generational barriers, create lasting bonds, and carry ancient wisdom forward to the next seven generations. Sol Adventurers Foundation is a 501 c 3 non-profit empowering youth to discover their gifts, share them with the world, and gain strength through reconnecting with their community. We are working to bridge the gap between youth and elders.

Our special youth guest this week will be Arliekay Carter, daughter of Kendra Flores-Carter Belize, a passionate 12 year old that believes everyone should all be equal in this world. We should never be judge by what we look like rather be judge by our character. I am a good person and that’s what I want people to see first not my color. I love playing video games and reading books. My favorite authors are Percy Jackson and Erin Hunter. I hope to become a beta tester or application engineer in the future.

Our elder guest is Charlotte Sista C Ferrell who is a S*T*A*R- Speaker, Teacher, and Author who Re-views, and Re-vitalizes people’s stories for written or digital media (aka videos or short films). I “Speak” as a #CJSFradio host, #MC, #storyteller, #MC, and voice over artist. I #teach and #facilitate health, multimedia, and creative writing courses at colleges, churches and community centers. I am an #Author of two transformational poetry books :#HeartBalm~JustforYou, and #FromPillowstoPillars. I have also authored healthy lifestyle articles and scripts. I enjoy #Revitalizing stories from my #BlackHeritage and #spiritualconsciousness into short films and documentaries. From #Vancouver, throughout #LA to #Atlanta, I love doing health and creative arts events with people of all ages.#Blackpoet,#Blackwoman,#healtheducator, #motivator,#peacepoet, #scriptwriter, #distanceeducation, #videographer, #photoessays, #spiritualadvisor; #poetrytherapist, #travelwriter, #seniorcenterleader

We also are blessed to have Ras Ceylon, an Oakland CA based educator, Hiphop artist & organizer. He has released 5 studio albums and works with Sizzla’s Judgment Yard & Black Panther Party Cubs chaired by Fred Hampton Jr.

Our musical inspiration is Nicole Victory is a mult-genre international recording and performance artist.
Starting her recording career in 2006, out of a New Mexico based studio with the band Mystic Vision, whom collaborated with Vaughn Benjamin (The late Akae Beka)as well as many other prolific Virgin Island recording artists.
While perusing music she also attended the University of New Mexico where she received a Bachelor of Arts in Africana Studies and Cultural Anthropology.
While studying and doing music she was a part of many community outreach efforts including teaching music workshops and English literacy to African Refugee children.
Called to Ethiopia in 2008, she was honored to have met and attended Ceremony with the Jamaican Elders who originally Repatriated to Ethiopia.
Her music is a reflection of artistry based on deep feelings and opposition to the oppressive aspects of society. Her international travels include performing as well as speaking at events that center around youth. 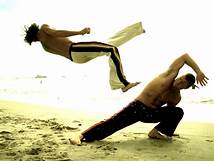